DIRECTIONS
LANGUAGE
English
SHORT BIOGRAPHY
Dr Joseph Leong Jern-Yi graduated from NUS in 1999 and earned his Master in Psychiatry in 2003 and studied Psychiatric Rehabilitation at UCLA with Distinguish Professor of Psychiatry Robert Paul Liberman in 2009. He’s currently Deputy Program Director of Community Mental Health Team at the Institute of Mental Health working with Community Partners to build connections, capacity and capability. He has been actively involved with IMH-GP Partnership Program (GPPP) as well as training of GPs in Motivational Interviewing and Mental Health topics. He has been involved in tele-psychiatry projects since 2016 at the Institute of Mental Health with collaborators such as [email protected], HealthyMindOnline, NUS-ISS and AskDr. He’s very passionate about teaching, coaching and mentoring and has been a core faculty of the National Psychiatry Residency Program. He was awarded the NHG Excellence in Teaching 2004, Excellence Service Star Award 2007, Healthcare Humanity Award 20011 by President of Singapore and Distinguished Public Service Star Award 2013 by the Singapore government and Special Recognition Award from Dean of Medicine, NUS in 2019.
CREDENTIALS AND ACHIEVEMENTS
No biography
ACCEPTED INSURANCE
No biography
FINANCIAL DECLARATIONS
No biography
View all Questions Answers Spaces Testimonials Articles Events
24th Jul 2021 (6 months ago) 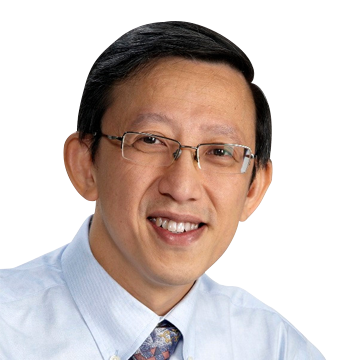 Thank you so much for your talk. Very inspiring and exciting to know there is so much hype. Have just joined the Total Wellness Family on FB. Hope to link up with you for my PCN GPs as well. Great talk, perfect timing. God bless!

Excellent talk today Jospeh! Thank you for the informative updates on the latest mental health developments 👍🏼

Content across our site is general in nature and for informational purposes only.
It does not constitute medical advice and is not intended to be
a substitute for professional medical advice,
diagnosis, or treatment. Always consult your doctor with any questions
you may have regarding a medical condition,
procedure, or treatment, whether it is a prescription medication,
over-the-counter drug, vitamin, supplement, or herbal alternative.
Subscribe to our newsletter