Alzheimer’s disease is an irreversible neurological illness that weakens one’s memory and cognitive abilities. It is the most common cause of dementia in the elderly. Dementia is indicated as a syndrome of continuous decline in social and behavioral skills that affects a person’s ability to perform basic tasks. Alzheimer’s disease is a progressive neurologic disorder which begins from the hippocampus, a region of the brain responsible for memory. The neurons in the brain start to die and tissues shrink significantly, leading to brain atrophy.

The exact cause of Alzheimer’s disease is unknown but the disease is associated with several factors:

To diagnose Alzheimer a physician may conduct the following examinations,

The primary treatment for Alzheimer's is to create a safe and supportive environment for the patient to live in. Established daily routine tasks and reducing memory-intensive tasks will make life easier for the patients.

There is currently no definitive cure for Alzheimer’s Disease but a few medications can be used to reduce memory and cognitive symptoms.

Please consult your doctor before consuming any of these medications:

Memantine helps to reduce the abnormal activity in the brain and is commonly prescribed to treat moderate to severe Alzheimer’s Disease. It can be used concurrently with acetylcholinesterase inhibitors.

Anti depressants might be helpful to overcome the low mood associated with dementia.

Do consult your family doctor if you suspect your loved ones having dementia and early intervention helps.

Dr. Yan Yuan Tan
FAMILY MEDICINE
Biography
Dr Tan Yan Yuan is a Family Physician and Designated Workplace Doctor accredited by Ministry of Health Singapore. He graduated with a Bachelor of Medicine and Bachelor of Surgery from the National University of Singapore (NUS). After graduation, he acquired a broad-based training in Primary Care, Emergency Medicine, Dermatology, Oncology, Occupational Health as well as Aesthetics. He has worked in leading tertiary medical institutions such as Singapore General Hospital, National Cancer Centre Singapore and National Skin Centre as well as leading private aesthetics clinics such as Novu Aesthetics and ClearSK Aesthetics.

Dr Tan has a deep desire to leverage on technological advancement to optimise patient care, transcending conventional boundaries in the healthcare landscape. He is a strong advocate of delivering excellent quality, outstanding service and bringing convenience to patients.

Dr Tan is currently practising Family Medicine at Our Woodleigh Family Clinic at Blk 115B Alkaff Crescent #01-05 and Aesthetics at Scinn Medical Centre @ Somerset triple 1 #04-12/13. He is glad to be able to help address questions that patients have online and is happy to meet them in clinic to render medical assistance necessary.
Credentials And Achievements
Family Physician
Designated Workplace Doctor ( All Hazards)

General Health
The medical field of public health focuses on protecting and improving the well-being of communit...
WHICH TOPICS WOULD YOU LIKE US TO WRITE ABOUT NEXT?
Related Doctors 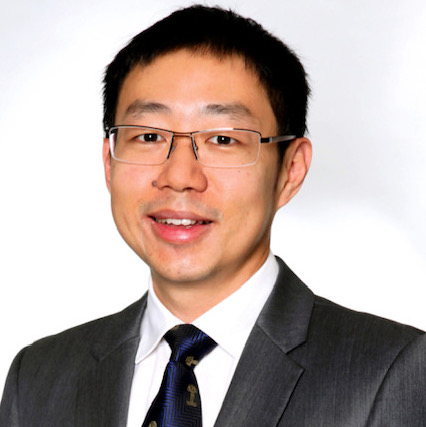