Weekend Warriors: Is it ok to do all your exercise on weekends? Due to work, availability of exercise partners, and various other reasons, some might opt to do all their physical activity during the weekend. People who exercise only one or two days a week, but meet the physical activity guidelines, are known as ‘weekend warriors’.

However, there may be some concerns regarding this pattern of activity. Dr Ivy Lim, consultant sports physician, Changi General Hospital, shares the common injuries, benefits of regular exercise and tips on reducing the potential risks of exercising too much too quickly.

Are weekend warriors more likely to get injured?

Weekend warriors who are otherwise inactive during the rest of the week may be prone to incurring such injuries. These injuries may also occur in those who exercise more regularly, but start on a new type of activity too fast or too soon, or increased the volume or intensity of their exercise too rapidly.

Many of these overuse injuries tend to improve with rest, but will recur when the same activity is resumed. Often, these injuries require further treatment, for example, physiotherapy for specific stretching, strengthening or control exercises, shockwave therapy or injections. However, weekend warriors may unknowingly ignore the symptoms of these injuries as they treat it as part and parcel of their sports or exercises, especially if the aches and pains do not affect them much for the rest of the week. This may lead to recurring injuries.

For those who experience symptoms such as pain, joint swelling or stiffness after their weekend activities, it is advisable for them to seek further medical attention. Further therapies are often needed to prevent the recurrence of these injuries.

Is exercising one to two days a week less beneficial to health than exercising more regularly throughout the week?

However, data from the same study population suggests that there is an association between the amount of moderate- to vigorous-intensity physical activity done and cardiovascular risk factors such as high-density lipoprotein (‘good cholesterol’), systolic blood pressure and HbA1c (an indication of the blood sugar control in one with diabetes mellitus). Those in the study who were regularly active had the most favourable risk factor profiles, while those who were classified as weekend warriors had intermediate levels of risk factors. Hence, for someone with cardiovascular risk factors such as high blood pressure or diabetes mellitus, it may be more beneficial to do physical activity more regularly throughout the week.

In addition, those with certain chronic medical conditions such as high blood pressure or diabetes mellitus may benefit from some acute but short-term effects of physical activity. For example, moderate intensity physical activity results in an acute drop of blood pressure, with this effect lasting for around 22 hours.

Similarly, for those with diabetes mellitus, a decrease in blood glucose levels has been observed in diabetics following mild- and moderate-intensity exercise, with the effect lasting for 2 to 72 hours after the exercise bout. Those with diabetes mellitus or on certain diabetes medications such as secretagogues (e.g. glipizide) or insulin injections should also try to exercise regularly to allow for better adjustment of their medication dosage and timings. It is important that they inform their doctors of their exercise regime, so as to allow for more optimal monitoring of their condition, medications, and the effect of physical activity on their disease control.

Is it safe to do the recommended physical activity within one to two days?

There have been cases of apparently healthy persons dying during physical activity. Indeed, there is a paradoxical increase in the risk of heart attack or sudden cardiac death during or shortly after exercise, particularly if the exercise is of vigorous intensity. However, this is more likely to occur in adults with some form of structural heart disease. For healthy people, the relative risk of suffering a heart attack during exercise decreases with increasing physical activity.

A study analysing victims of exertion-related deaths found that more than half occurred during unaccustomed exertion while 16% occurred during habitual exercise. Another study

Putting all the above together, it is possible that weekend warriors who are otherwise sedentary the rest of the week, and exert themselves with unaccustomed activity, may be at risk of sustaining a heart attack or sudden cardiac death. The solution is not to reduce physical activity, as sedentary behaviour on its own is associated with a higher risk of death.

Following a few simple rules can reduce the risk of suffering a cardiac event related to exercise.

In summary, being a weekend warrior is not necessarily a bad thing, though one must be cautious not to be a weekend warrior who overexerts too quickly and is otherwise sedentary the rest of the week, as that can increase the risk of injuries or even sustaining cardiac events related to physical exertion.

Dr. Ivy Lim
SPORTS MEDICINE
Biography
Adj. Asst. Prof Ivy Lim MBBS (Singapore), MMed (Family Medicine), FAMS (Sports Medicine) Dr Ivy Lim is the first locally trained female sports physician. In 2018, SingHealth established the SingHealth Duke-NUS Sport & Exercise Medicine Centre (SDSC), which aims to provide integrated, multidisciplinary care that pushes the frontiers of clinical service, research and education in the field of Sport & Exercise Medicine (SEM) across SingHealth institutions. Dr Lim has been appointed as Service Chief (CGH) for SDSC, and is also director for Singapore Sport & Exercise Medicine Centre @ CGH. Dr Lim's clinical interests include sports injuries, pre-participation screening, sports safety, exercise in women and the role of physical activity in chronic disease management. She is in the executive committee of Sports Medicine Association Singapore and a member of the Institutional Review Board of Singapore Sports Institute. Dr. Lim is the Public Outreach Director for Exercise is Medicine Singapore (EIMS), which is part of a global initiative managed by the American College of Sports Medicine, and has presented her work at local and international conferences. She is regularly featured in the media and healthcare forums, where she contributes her expertise on sports and exercise related topics for the public and her fellow medical professionals. She is co-editor of the book “Exercise is Medicine Singapore Exercise Prescription Guide”, and has co-authored chapters in the book “Boys to Men: a complete guide for National Servicemen” and the medical textbook “Principles of Rehabilitation Medicine”. Dr Lim has provided medical coverage for several sports events, including soccer and triathlon. She was team physician for Team Singapore in the 8th ASEAN Para Games in 2015. Dr Lim is a member of the Fencing Confederation of Asia Medical Commission. Dr Lim has also served in various committees including SportSG's National Sports Safety Committee and the inter-agency Healthy Youth Committee spearheaded by the Ministry of Education, promoting physical and mental health in schoolchildren. She was a youth ambassador for the inaugural 2010 Youth Olympic Games Athlete Committee. Dr Lim is active in teaching. She is currently appointed as Adjunct Assistant Professor to Lee Kong Chian School of Medicine, and is a lecturer for the school's Graduate Diploma in Sports Medicine programme. She is also a tutor for the Graduate Diploma in Family Medicine Programme, a faculty member for the SingHealth Family Medicine Residency Programme, a clinical faculty member of Yong Loo Lin School of Medicine, and is a Duke-NUS elective supervisor.
References
Tags
exercise
Specialties
Sports Medicine
Comments

Physical Health and Fitness
Discover reliable and effective content on how to improve your physical fitness. Ask professional...
WHICH TOPICS WOULD YOU LIKE US TO WRITE ABOUT NEXT?
Related Doctors 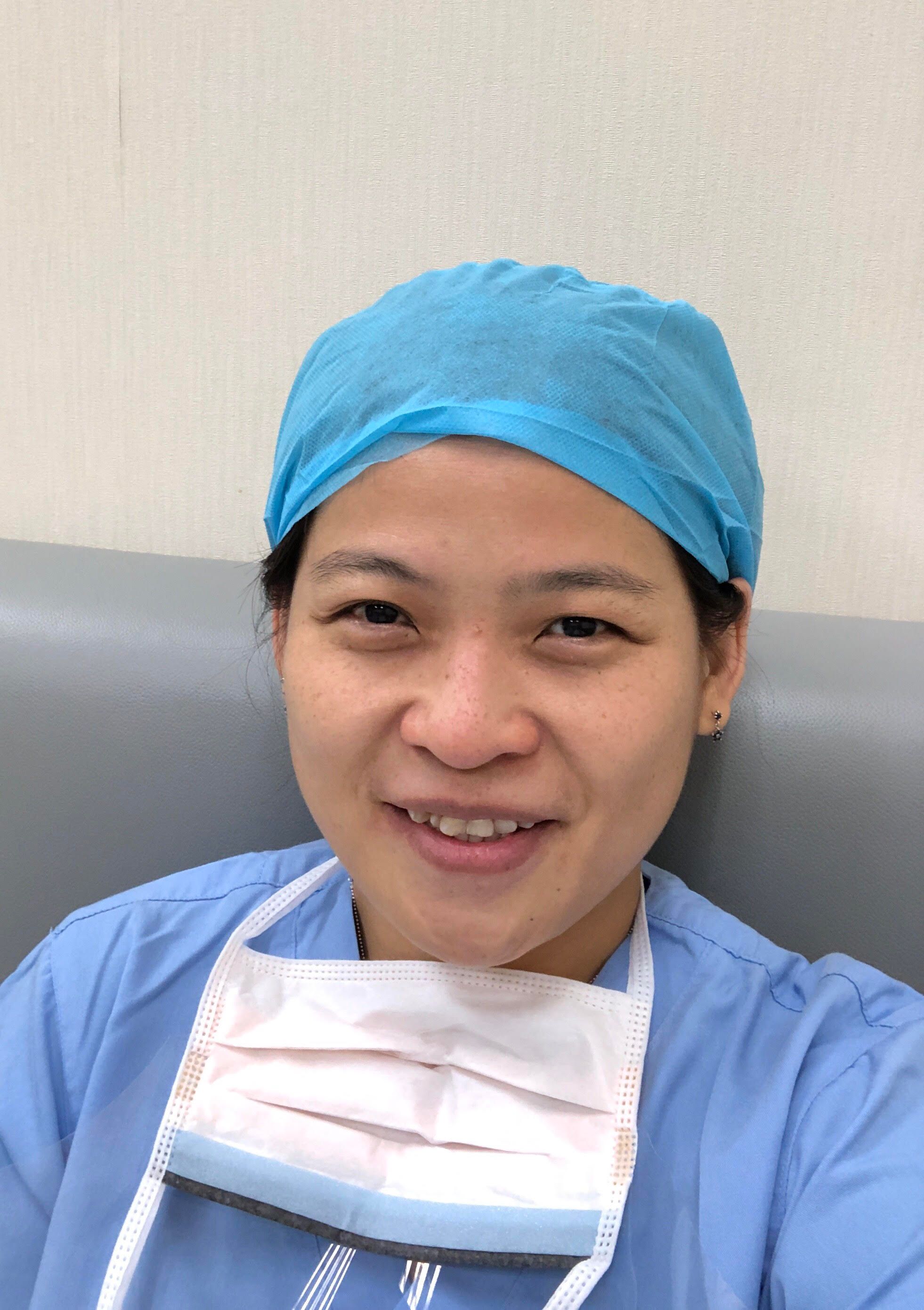